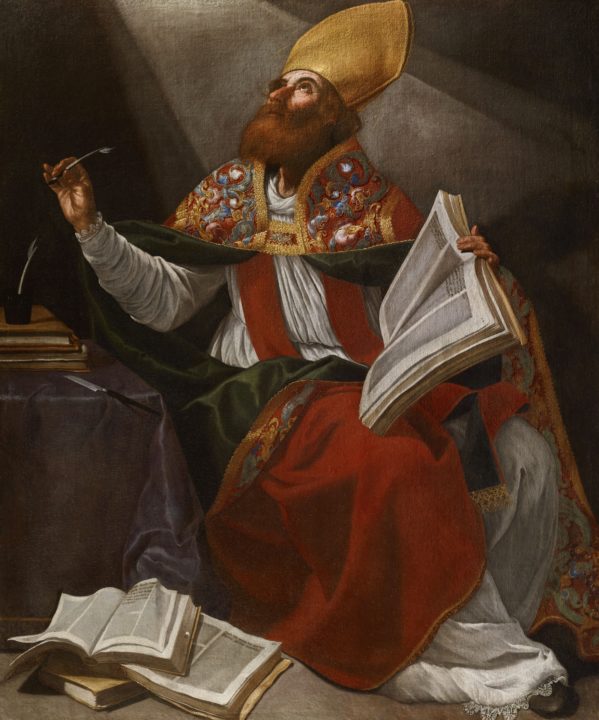 This unpublished pair of canvases was once in the Collège de Juilly, northeast of Paris, founded by the Oratorian Fathers in 1638, and they are – as far as we know, given the date 1635 that accompanies the artist’s signature on the Saint Ambrose – among the earliest examples of Onofrio Palomba’s oeuvre. As can be inferred from documents, he was born in Naples in 1606 and was still active there in 1654. Apart from his creation of various paintings for Neapolitan churches, alternating in inspiration between Massimo Stanzione and Artemisia Gentileschi, he appears to have had a lengthy collaboration with the latter, and completed some of her compositions.