Pursuant to our first exhibition in 1998 of Italian pictures from the 14th and 15th centuries, those that are curiously referred to as the “primitives”, we were often asked how at the beginning of the 16th century was the transition made from the “primitives” to those that came after.

This new exhibition made up of twenty-three panels and paintings answered this question by showing works from the 14th, 15th and 16th centuries. The “transition” itself was here illustrated by the St. George and the dragon by Girolamo da Treviso, a work dating from around 1510-1520, during the period known as “classicism”, the foundations of which were laid by Raphael and his entourage. Mannerism came after classicism, and was illustrated namely by a portrait painted by Michele di Ridolfo del Ghirlandaio. 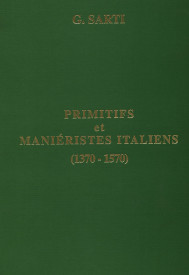