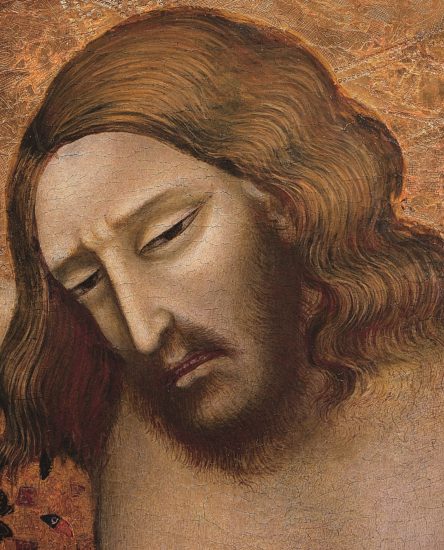 It is uncommon to find such a profoundly moving image as this. The panel is a rare survival from the oeuvre of one of the principal painters active in Romagna and north-eastern Italy seven hundred years ago; it originally formed part of a majestic, monumental Crucifix.

The intense humanity and drama of this painting reflect the influence of Giotto, whose collaborator Giuliano may have been in Rimini. His earliest work includes an altarpiece from Urbania, signed and dated 1307 (Boston, Isabella Stewart Gardner Museum).