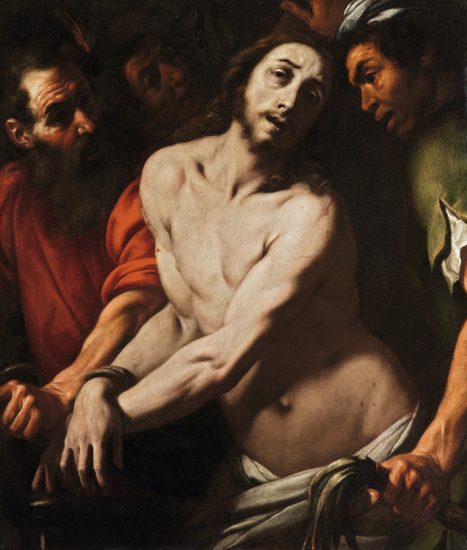 This vivid and perfectly preserved picture makes direct contact with the beholder, initiating an intense, personal dialogue with whoever looks at it. The powerful central light and the chiaroscuro that leads to the penumbral secondary figures recall Ecce Homo compositions. The emphasis on the almost nude body, in twisting contrapposto, is enthralling, and although this component might seem to reflect the artist’s background in Mannerism, the physical torsion here appears entirely realistic.

Daniele Crespi’s career was brief, suddenly cut off by the great plague epidemic that swept through Milan in 1630. His originality and his use of a brilliant palette reflect a period of study with Giulio Cesare Procaccini. This canvas is a true rediscovery, having been published in 1900 but subsequently lost from view.

Acquired by the Los Angeles County Museum of Art